We would like to kindly invite you to the virtual Cyber Valley Evening Colloquium hosted by the University of Stuttgart on April 27-28. Dr. Wolfram Barfuss (University of Tübingen), Dr. Kaidi Yang (Stanford University, USA), Sebastian Musslick (Princeton University, USA), and Dr. Hyosang Lee (Max Planck Institute for Intelligent Systems, Stuttgart) will give talks revolving around the topic of autonomous systems. All talks will be 30 minutes followed by a discussion. To read the abstracts and biographical information, please click "More information" beneath the respective scientists below. 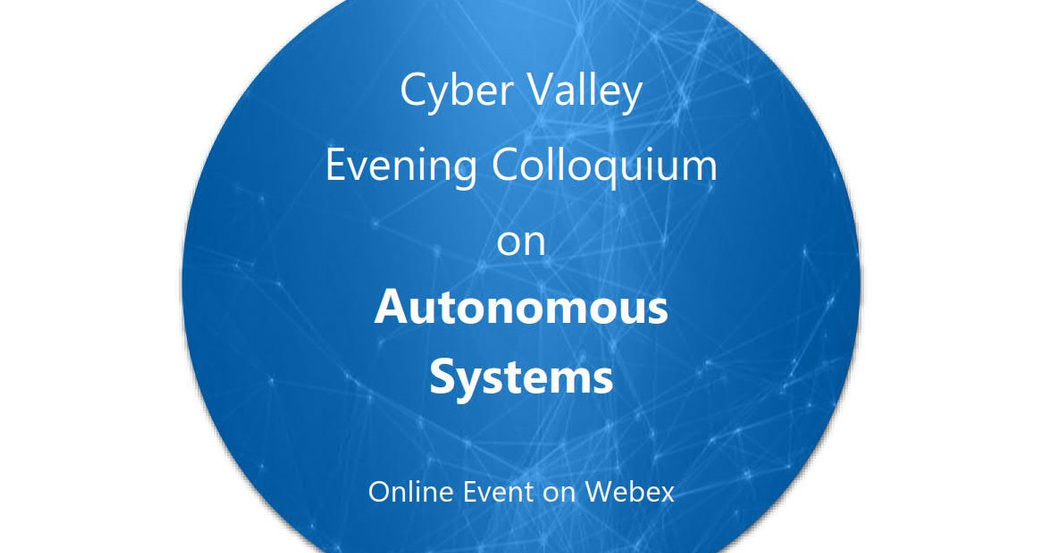