As part of a virtual government meeting with the state of Baden-Württemberg on November 20, the seven Swiss border cantons of Aargau, Basel-Stadt, Basel-Landschaft, Schaffhausen, St. Gallen, Thurgau and Zurich visited Cyber Valley.

After working meetings with the state government, which emphasized the importance of cross-border cooperation in areas such as artificial intelligence and digitization, the delegation went on a virtual tour of Cyber Valley, which was hosted by Professor Bernhard Schölkopf, Director at the Max Planck Institute for Intelligent Systems (MPI-IS) and co-founder of the European Laboratory for Learning and Intelligent Systems (ELLIS). He was accompanied by Professor Detlef Günther, the Vice President of Research and Corporate Relations at ETH Zurich. Besides discussing MPI-IS and the Swiss ELLIS units, Schölkopf and Günther's presentations focused on the Center for Learning Systems, a joint doctoral program between the Max Planck Society and ETH Zurich.

"Cooperation at the European level is essential to ensuring our long-term competitiveness," said Schölkopf. "Since 2015, we have engaged a strategic partnership between the Max Planck Society and ETH Zurich with the Max Planck ETH Center for Learning Systems, which has recently been further strengthened by joint appointments. With newly founded ELLIS units in Zurich and Lausanne, cooperation with Switzerland, plays a central role for us."

"The importance of cross-border cooperation between the State of Baden-Württemberg and the Swiss border cantons suddenly became clear to us once again in the wake of the COVID-19 pandemic. Constant cultivation of relations and ongoing dialogue are important prerequisites for this cooperation," said Dr. Urs Hofmann, member of the cantonal government, on behalf of the Swiss partners. "The Swiss border cantons are pleased that this exchange can be maintained and deepened again and again on occasions such as today and in the future - in the interests of the population, society and economy in our common border region. 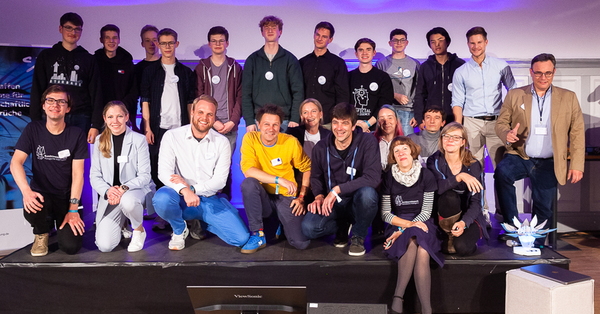