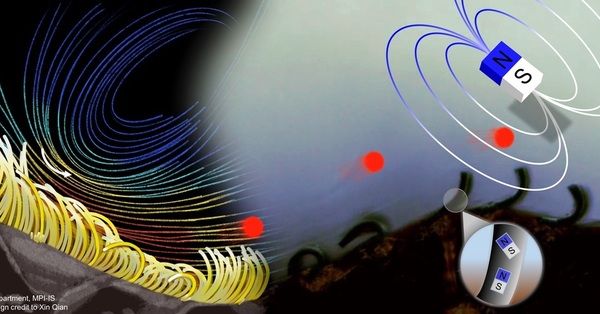 Scientists at the Max Planck Institute for Intelligent Systems in Stuttgart, Germany, develop artificial cilia that can be programmed to move in waves. In experiments, the researchers show how the millimeter-small cilia can pump viscous liquids just as effectively as their natural counterparts. Their research helps shed light on the mystery regarding which movement pattern generates a maximal fluid flow. Published in Science Advances, their findings contribute to a better understanding of the biomechanics of real cilia, and to the development of miniature robotic pumping devices that could one day be used inside the human body.

Stuttgart – Scientists at the Max Planck Institute for Intelligent Systems (MPI-IS) have developed millimeter-sized magnetic arrays, which can pump viscous fluids as effectively as biological cilia that are common throughout nature. Their research was recently published in Science Advances with the title “Bioinspired cilia arrays with programmable nonreciprocal motion and metachronal coordination”. The authors Dr. Xiaoguang Dong, Dr. Wenqi Hu, Ziyu Ren, and Prof. Metin Sitti are members of the Physical Intelligence Department at the MPI-IS, where Sitti is the Director.

Cilia are hair-like structures that exist, for instance, in the respiratory tract of the human body to clear away mucus and dirt, and in the female reproductive system to transport oocytes. Reef corals also have cilia – tiny slender appendages that can stir water to bring nutrients and oxygen.

The soft robotic devices that the scientists have created greatly resemble real cilia. The only difference is the size: each replica array is just under one millimeter in size. This is one hundred times larger than natural cilia found in a lung, for instance.

The scientists built the artificial cilia arrays from an elastomer into which they embedded magnetic particles in a very specific pattern. In this way, each array becomes programmable: the researchers can remotely control not only the asymmetric motion of each cilium, but also the coordinated motion of all cilia relative to their neighbors.

The researchers applied a rotating external magnetic field and showed that their artificial cilia arrays performed a wave-like motion similar to natural cilia (Figure 1). They used a red-color dye and particle imaging techniques to show how the arrays pump a viscous fluid (glycerol) and transport particles efficiently thanks to the arrays’ optimally coordinated movement (Figure 2).

The researchers recorded the movement of the artificial cilia using a high-speed camera, as featured in this video. The clip shows how the slender structures beat in a coordinated manner, similar to real cilia: the artificial arrays neither move back and forth in synchrony nor randomly. In fact, they perform a coordinated traveling wave-like movement. Research has shown that this so-called metachronal wave has been perfected in the course of evolution, optimizing the fluid flows.

Investigating natural cilia and their collective behavior is a challenging task, as they are only a few micrometers small. Even with a microscope, cilia arrays are very difficult to see. Additionally, it is impossible to control their movement. Now, however, for the first time, the Stuttgart-based scientists were able to experimentally reveal the fundamental quantitative relationship between metachronal coordination and its induced fluid flow. “With our artificial system, we can mimic the cilia motion in a similar way to real cilia at a larger scale, while always maintaining the same physical laws. In this way, we can generate much cleaner data. We can quantify what movement patterns generate the maximal fluid flow,” Xiaoguang Dong says.

The team envisions that their research project could inspire many more: “Our artificial cilia arrays could be used to further investigate many interesting scientific questions, such as how the fluid flow patterns change when varying the cilia beating dynamics, boundary geometries, or the type of surrounding fluid,” Wenqi Hu says.

“My team, the Physical Intelligence Department, is inspired by various biological systems. We want to learn the underlying physical principles behind their locomotion, intelligence and functional behavior and then use this knowledge to create state-of-the-art miniature robots. By doing so, we not only better understand the biological systems: in the future, we also aim to use our robots as innovative wireless medical devices to advance the healthcare system, helping to improve the welfare of our society,” Sitti says.

The full scientific paper can be found here:

Dr. Xiaoguang Dong is a Postdoctoral Researcher in the Physical Intelligence Department. He received a Ph.D. degree in Mechanical Engineering from Carnegie Mellon University, USA in 2019. His research focus is developing miniature soft robots and devices for answering scientific questions in biomechanics and resolving engineering challenges in biomedical applications.

Dr. Wenqi Hu comes from South West China. He received his Ph.D. from the University of Hawaii in 2014. He has been working on soft millirobots since he joined the Physical Intelligence Department team in Stuttgart back in 2014.

Ziyu Ren is a Ph.D. student in the Physical Intelligence Department at the Max Planck Institute for Intelligent Systems in Stuttgart. Ziyu received his BSc and MSc degrees in mechanical engineering from Beihang University, China in 2014 and 2017. In his Ph.D. he focuses on developing magnetic soft millirobots.

Prof. Dr. Metin Sitti has been the Director of the Physical Intelligence Department at the Max Planck Institute for Intelligent Systems in Stuttgart, Germany since 2014. As his current ancillary academic positions, he is a professor at ETH Zurich, Switzerland, professor at Koç University, Turkey, and an honorary professor at the University of Stuttgart, Germany. He was a professor in the Department of Mechanical Engineering and Robotics Institute at Carnegie Mellon University, Pittsburgh, USA (2002-2014), and a research scientist at the University of California at Berkeley, USA (1999-2002). He received the BSc (1992) and MSc (1994) degrees in electrical and electronics engineering and physics from Boğaziçi University, Turkey, and the Ph.D. degree (1999) in electrical engineering from the University of Tokyo, Japan.

Sitti and his team aim to understand the principles of design, locomotion, perception, learning, and control of small-scale mobile robots made of smart and soft materials. The intelligence of such robots mainly comes from their physical design, material, adaptation, and self-organization more than from their computational intelligence. Such physical intelligence methods are essential for small-scale milli- and micro-robots especially due to their inherently limited on-board computation, actuation, powering, perception, and control capabilities. Sitti envisions his novel small-scale robotic systems to be applied in healthcare, bioengineering, manufacturing, or environmental monitoring to name a few. 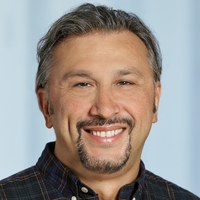