“Tübingen offers the perfect environment for our work” 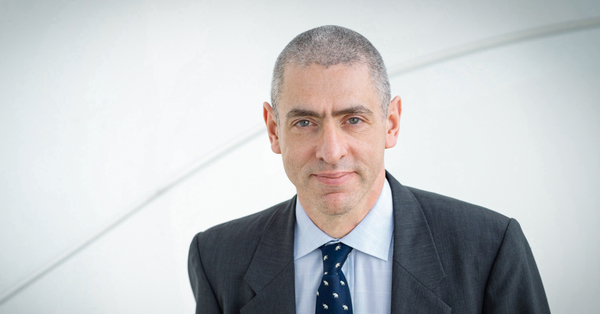 Peter Dayan is one of the world’s leading experts in the field of theoretical and experimental neuroscience. Dayan, 54, is managing director of the Max Planck Institute for Biological Cybernetics in Tübingen. He also holds a Humboldt Professorship, the most valuable research award in Germany, in the Department of Computer Science at the University of Tübingen. Dayan’s research combines the overlapping fields of neuroscience, medicine and machine learning. He is also regarded as a pioneer in the field of artificial intelligence. In the interview, Dayan describes, amongst other things, his fascination with this field of research and how he has settled in Tübingen.

Professor Dayan, you came to the Max Planck Institute for Biological Cybernetics and the University of Tübingen about a year and a half ago. How’s life in Tübingen?

Coming from London, it was obviously a big move. Before I came here, I was actually in San Francisco on sabbatical. Tübingen is lovely. I haven’t got a car, so walking up and down the hills takes a lot of effort. I hope I am a little bit fitter than I was before. In terms of its strong academic and intellectual environment, the University of Tübingen is fantastic. My wife works both at the university and the MPI, as well, and we have enjoyed our time here. One of the big differences coming from a big place to a smaller town is that you cannot even get on the bus without meeting someone you know – be it a student or a colleague. Of course, during the coronavirus pandemic, we have been very lucky to be in Germany because I think the country has handled the situation very well.

How has your work been affected by the COVID-19 pandemic?

Since my work is mainly theoretical and most of the experiments we do can be done online, these aspects of my work have not been dramatically impacted. Of course, not being able to meet in person has affected people in the group in various ways. Luckily, we are not a very big institute and we were still able to conduct experiments on site, provided that we practiced social distancing. On the whole, we have been very successful in keeping the disease away, which testifies to the hard work of everyone involved. At the beginning of the pandemic there were lots of uncertainties. But now, since the situation has stabilized, people are anxious to get back to work at the institute.

How have you settled in to your new working environment at the University of Tübingen and the Max Planck Institute for Biological Cybernetics?

In regards to my work at Max Planck, there are lots of change processes evolving over a period of time. We are moving from the institute’s second generation to the third generation. Building the team in my lab in the Computational Neuoscience department and slightly re-focusing the things that I’m working on has been great.

“We are trying to build an integrated PhD program”

And what are your main projects at the University of Tübingen?

At the university, one main effort has been the International Max Planck Research School (IMPRS), where we successfully applied for new funding together with Professors Cornelius Schwarz, Marc Himmelbach and the GTC (Graduate Training Centre of Neuroscience). We are trying to build an integrated PhD program, which can recruit students with bachelor’s degrees and ultimately lead to a PhD. This is not a common German or Bologna model. It’s been interesting to work in very close cooperation with the university and trying to generate a program that meets the needs of both students and research institutions, and which is also consistent with the principles of excellence that were set up by the GTC, and the strictures of German regulations. The first cohort will start in the autumn.

You recently were awarded with a Professorship of the Alexander von Humboldt-Foundation. What can you tell us about that?

In terms of my Humboldt chair – that work has not fully started yet because it was meant to begin around the time the pandemic began. It is very hard to recruit people when you cannot meet them in person – especially since some of them would be coming from abroad. Nevertheless, the university, the President’s office and the whole administration have been incredibly supportive. I’m really looking forward to building those Humboldt groups once the impact of the virus decreases.

Your research focuses on decision-making processes in the brain, the role of neuromodulators – chemical substances that influence the functioning of the neural system – as well as neuronal malfunctions on psychiatric diseases. You are also regarded as a pioneer in the field of artificial intelligence (AI). Why did you choose these fields? What inspired you to go in this direction with your research?

When I was an undergraduate, I was actually a mathematician. However, I had already been interested in the early days of home computers at the challenges of developing systems that could simulate intelligence. When I was just finishing my undergraduate studies, a very influential book was published, called “Parallel Distributed Processing” by David Rumelhart and Jay McClelland. I was very lucky to grow up as a graduate student around that time. It was one of these epochal changes in thinking about both neuroscience and neural networks. Then I met some of the people who were involved in that work and I did my PhD at what we would now see as the computational neuroscience interface between biology, psychology and AI. I became interested in animal behavior and the ways we and other creatures make good and bad decisions and choices. When I started my postdoc, I was much more directly associated with neuroscience.
Decision-making is one of few areas in neuroscience which we can tie together different levels of analysis: addressing the computational or perhaps ethological goals of choosing, the algorithms or psychological processes involved, and then the neural substrates. AI is mostly interested in the first two of these – and there are rich synergies with natural systems.

“To make good decisions, you have to be able to make good predictions”

Lately, you have also been looking at bad decisions…

After about 20 years of looking at good quality decision-making, it seemed like a good time to start thinking about what happens when people, other animals and machines make decisions that are sub-optimal, from either a subjective or objective perspective. That’s what got me thinking about psychiatry. This partly coincided with the fact that people I was working with in London at that time were actively studying neurological and psychiatric disease. And it coincided with the observation made by many psychiatrists that the tests and analyses that are available are insufficiently predictive in terms of prognosis, or the choice, or optimization of treatment, and are often not strongly based on the sort of multi-level analysis we were just talking about. Of course, not everything in psychiatry comes down to unfortunate decisions – but we are starting there.

So, what’s the common thread in your research? The connection between the ability to make predictions and decision-making?

Coarsely speaking: to make good decisions, you have to be able to make good predictions. You need to predict the effect of your decisions – not only in the short term but also in the long term. So, predictions are a central part of how you go about your decision-making. Another aspect of this is representation, the way the brain encapsulates those aspects of the external and internal worlds in the conjoint activity of populations of neurons, and that is intimately involved in how we generalize from one situation to another.

How is this field of research connected to the research in the Cyber Valley ecosystem?

The Cyber Valley ecosystem has a lot of people interested in exactly this boundary between different aspects of natural intelligence and artificial intelligence. There are too many to name!

What makes the Cyber Valley ecosystem so special?

The incredible concentration of people and the collaborative energy is what makes the Max Planck Institutes and the institutions around our campus and the university such excellent places. Hats off to the mothers and fathers of this success! Another good example is the IMPRS, which has long been a critical component of interaction between the institute and the university. We have this fantastic partnership.
At the same time, Tübingen has really invested in the field of neuroscience. That makes for a perfect environment for our work. The people you directly interact with are most important. Of course, it takes a while to build up collaborations and contacts. We are recruiting new groups that will have a big impact. The first group of recruits at the Max Planck Institute for Biological Cybernetics has already brought in fantastic skills and energy.

The term artificial intelligence is still quite abstract for most people outside the world of computer science. How would you describe it?

Like many words or concepts repeated too frequently, the meaning of AI is perhaps in danger of leeching out. On one hand, there are behaviors in which humans engage that seem to require flexible problem solving, exploiting past information and previously acquired skills in an adaptive manner. AI aspires to port this capacity into computers and robots and to enhance it dramatically, since there’s no obvious sense in which humans are the pinnacle of intelligence, any more than we are, for instance, the pinnacle of arithmetical calculators. On another hand, there are behaviors such as running gracefully over rough terrain, that we find simple – perhaps provided we don’t think about them too hard. AI would also like these to be accomplished by artificial systems – even though this is probably a different sort of capacity and certainly engages partly different neural systems. In both cases, AI will generate a new set of tools that enable us or help us to do things that we could not do or automate before.

What could be an example for an area in everyday life where big innovations can be achieved with AI?

I’m a basic researcher, so I’ll give you my opinion as a regular person rather than as a professional. One example that seems clear to me is automated mobility – self-driving cars for example, the bailiwick of Cyber Valley’s Professor Andreas Geiger. My children have held off learning to drive – so they are hoping for expeditious progress! 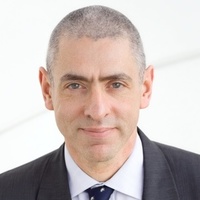